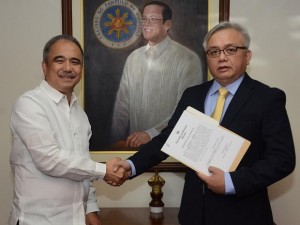 Liboro’s appointment could pave the way for the formal activation of the Data Privacy Law, which was approved way back in 2012. It was passed primarily to protect the country’s multi-billion BPO industry.

The law has not taken effect because its implementing rules and regulations (IRR) has yet to be drafted by the National Privacy Commission.

According to the law, the commission would be under the Department of Information and Communications Technology (DICT), but since it was DOST’s Montejo who administered Liboro’s oath, it now appears that the National Privacy Commission is now under the DOST.

Liboro, who will serve as chairman of the commission, will have a term of three years and may be reappointed for another three years.

The legislation will not only boost the confidence of potential investors in the country’s IT-BPO industry, but also the trust of ordinary citizens in e-government initiatives, said Sen. Edgardo Angara, the main author of the law in the Senate.