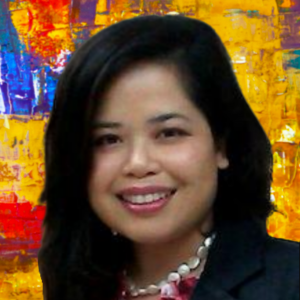 Dr. Khan also has extensive experience in litigating cases before all levels of the Philippine judicial system, including the Supreme Court, the Court of Appeals, and specialized courts such as the Court of Tax Appeals and the Sandiganbayan, where she litigated several high-profile asset recovery cases.

Dr. Khan was also part of the Philippine delegation to the United Nations Commission on International Trade Law (UNCITRAL) during the drafting of the 2014 Rules on Transparency in Treaty-based Investor-State Arbitration. She was appointed by the Philippine Supreme Court to its drafting committee for the 2009 Rules of Court on Alternative Dispute Resolution.

She was previously a visiting scholar at the Max Planck Institute for Comparative Public Law and International Law in Heidelberg. Her papers in the area of international investment law have been presented at international conferences and have appeared as book chapters published in Europe and the United States.

An Associate Professor at DLSU Law, Dr. Khan teaches international law, coaches the international moot court teams, and coordinates the J.D. thesis program. She also teaches International Investment Law, and Government Contracts at the LL.M. program of the University of the Philippines College of Law

Master of Laws (LL.M.) in International and Comparative Law, with highest honors

Integrated Bar of the Philippines