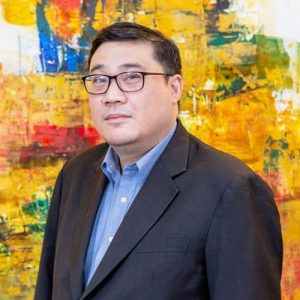 He previously worked for the Supreme Court of the Philippines as a Judicial Staff Head. During his service with the judiciary, he was the Secretary for the Sub-Committee on Rules for Special Commercial Courts and participated in the drafting of the Manual of Judicial Writing.

Oliver then worked with the American Bar Association Rule of Law Initiative as Senior Program Manager, working on a project for the automation of Philippine trial courts, and with the Southeast Asia Internet Freedom Project, which built the capacity of lawyers in the region to litigate cases involving freedom of expression online and online privacy.

A co-founder of the internet rights advocacy group Democracy.Net.Ph, Oliver is also currently a Policy Officer with the Law, Technology, and Policy Program of the University of the Philippines Law Center.

University of the Philippines College of Law

This website uses cookies to improve your experience while you navigate through the website. Out of these, the cookies that are categorized as necessary are stored on your browser as they are essential for the working of basic functionalities of the website. We also use third-party cookies that help us analyze and understand how you use this website. These cookies will be stored in your browser only with your consent. You also have the option to opt-out of these cookies. But opting out of some of these cookies may affect your browsing experience.
Necessary Always Enabled

Any cookies that may not be particularly necessary for the website to function and is used specifically to collect user personal data via analytics, ads, other embedded contents are termed as non-necessary cookies. It is mandatory to procure user consent prior to running these cookies on your website.